How can we help you today?

Solution home Getting to know the possibilities Using Strong numbers

What are Strong numbers and how to use them? Print

At the end of the 19th century James Strong developed a concordance (an index of words in a Bible translation) and gave each underlying Hebrew (and Aramaic) and Greek word a unique number. Therefore by using these numbers it is possible for someone without knowledge of the original languages to find the verses in which a particular Hebrew (Old Testament) or Greek (New Testament) word is used, independent of the translation. This is specifically useful when a word has multiple English equivalents and the translator has to decide which word to use.

These Strong numbers have been included in a number of translations in the Online bible. To differentiate, in the Online Bible all Hebrew words have a leading zero, so running from 01 to 08674,  while the Greek words run from 1 to 5624. Therefore 0582 is a Hebrew word, while 582 is a completely unrelated Greek word. On top of this, there are also a number of Lexicons in the Online Bible where an explanation is given of the menaing of the relevant word, together with some other information. Strong numers van also be used in searches.

Strong numbers can be toggled off or on. It is essential to use a translation which includes the Strong numbers as otherwise this option is not available. In English they are in amongst others in the AV and RWebster.

In the Android and iOS apps, a special symbol appears if the translation contains Strong numbers. 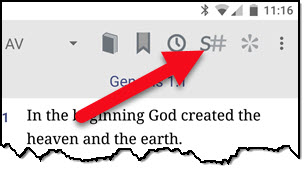 By clicking on this icon, the Strong numbers are visible in the text. 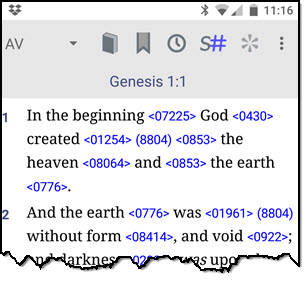 In the macOS version, a special symbol appears if the translation contains Strong numbers: 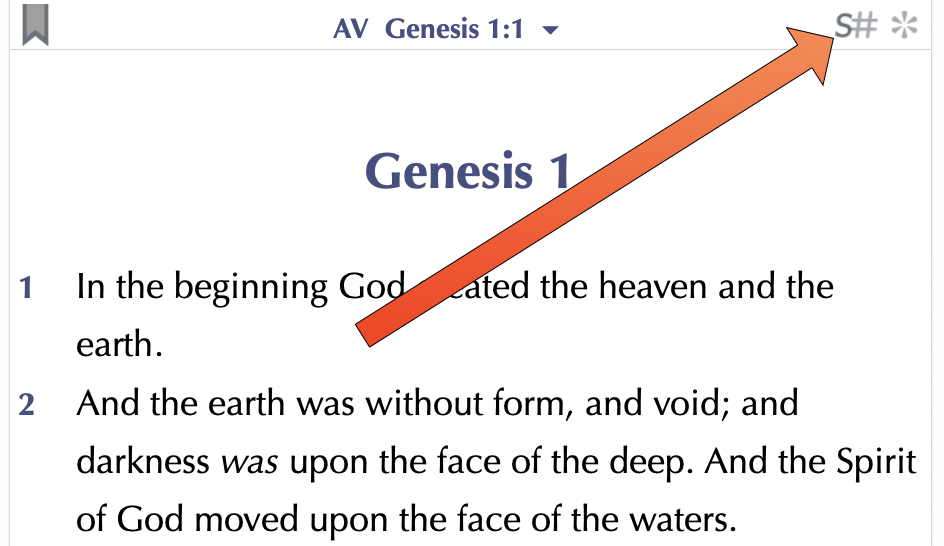 By clicking on this icon, the Strong numbers are visible in the text: 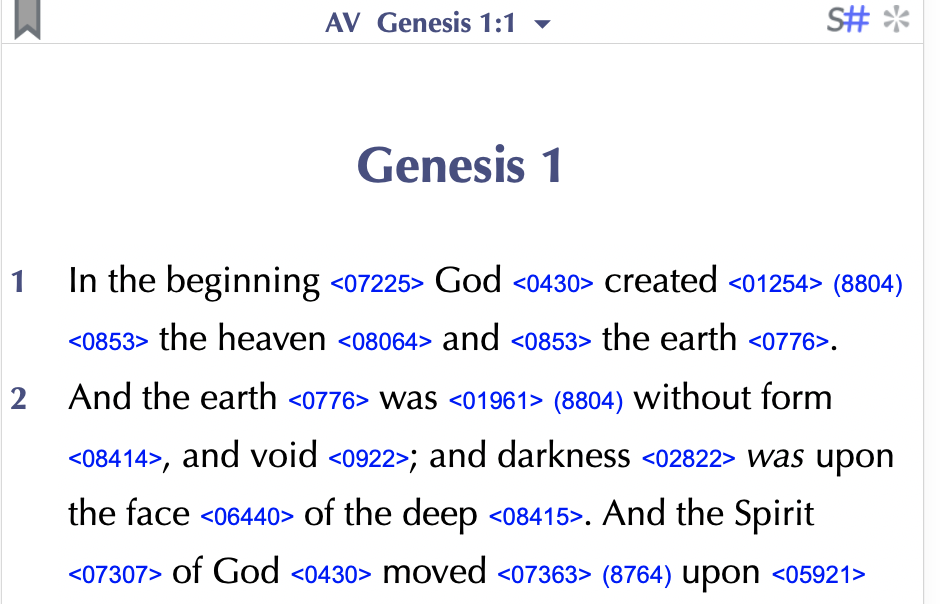 In the Windows program it is possible to always show Strong numbers in each screen, but also to toggle it off and on in a specific window. To always have them on, go to the mneu item View and choose Strongs. When opening a new window the numbers will be shown.  In practise it is easier to switch them on as required. To do this go to a verse, click the right mouse button to call up the pop-up menu and choose Toggle Strongs (or just press S). 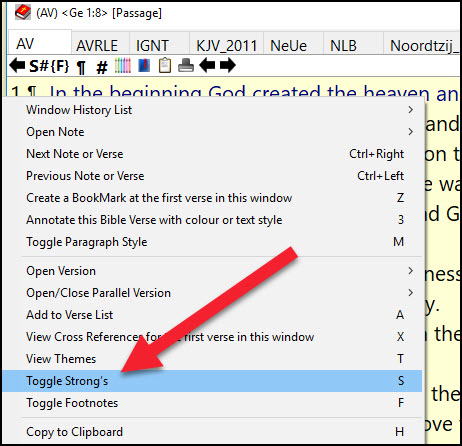 The open Bible will show Strong numbers (if available in that translation).

The use of a lexicon to explain the meaning is described here: Using Hebrew and Greek Lexicons

Did you find it helpful? Yes No

Send feedback
Sorry we couldn't be helpful. Help us improve this article with your feedback.